As we move towards our very special Ra Whakahira day this week it is time to reflect on Fendalton School’s most famous past pupil Frank Worsely.

Frank Worsley entered our school when it was known as Fendalton Public school on the 9th October 1884 at 12 years of age. He was the 188th student enrolled at the school. He left at the end of 1887 having gained his Sixth Standard Certificate. He was Dux of the school in 1887 despite the fact that he was caned on many occasions. His photo hangs in the office foyer.

He was a member of Ernest Shackleton’s South Polar Expedition between 1914 and 1917. If it wasn’t for his bravery and his incredible navigation skills, many lives would have been lost after they hit ice and became stranded. He and his team endured many dangers and times of hunger over two years on ice and at sea but they all survived.

In 2000 an old flag and very old hand-written letter were found in an attic space. The flag once belonged to Frank Worsley and is now with the Canterbury Museum for safe-keeping. 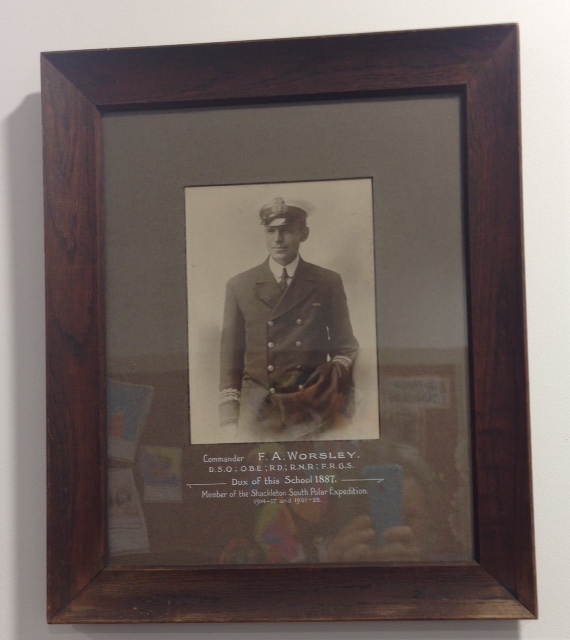 You can check his name in the school register from 1887. It is a little hard to read but his name is the first one on the list.

I hope you all have fun on our special celebratory day.